Can Probiotics Help Remedy Antibiotic Diarrhea? This Study Says It Could

Antibiotic’s Effect on our Intestines

Diarrhea is an uncomfortable, sometimes serious, condition that affects millions of people. It is often caused by an imbalance of bacteria or an infection.

Antibiotics are often prescribed to treat diarrhea. However, they can also cause diarrhea as well, which can make people stop taking them.

Probiotics are live microorganisms that help the body when they are given in adequate amounts. While there are clinical trials documenting the efficacy of some probiotics in preventing AAD, the mechanisms of how probiotics prevent AAD are unclear.

Bifidobacterium Animalis subsp. Lactis BB-12 (BB-12) is a well-studied, well-characterized, and widely used probiotic that produces acetate in vitro and in vivo in preterm infants.

This study aims to assess how prescribed, broad-spectrum antibiotics impact the fecal levels of SCFAs and the taxonomic composition of the gut microbiota, and to evaluate whether our chosen probiotic could ameliorate any of these changes.

We hypothesized that concomitant administration of BB-12 would prevent a reduction in fecal acetate levels in people receiving antibiotics. This result could contribute to an understanding of the mechanism of probiotic-mediated prevention of AAD.

The Study on Probiotics for Antibiotic Diarrhea

A randomized controlled study was conducted with two parallel arms, in a 2:1 fashion, with more participants in the Bifidobacterium Animali group than in the control group. The study protocol was approved by Georgetown University Institutional Review Board and registered at ClinicalTrials.gov.

Forty-two participants were assigned to the Bifidobacterium Animali group and 20 participants to the control group.

The participants had not taken probiotics and did not have a long history of diarrhea or antibiotics.

They were given a 7-day course of amoxicillin or clavulanate with a 14-day supply of probiotic yogurt (BB-12) or a control yogurt for 30 days.

Fecal samples were then collected on healthy participants to monitor SCFA levels. 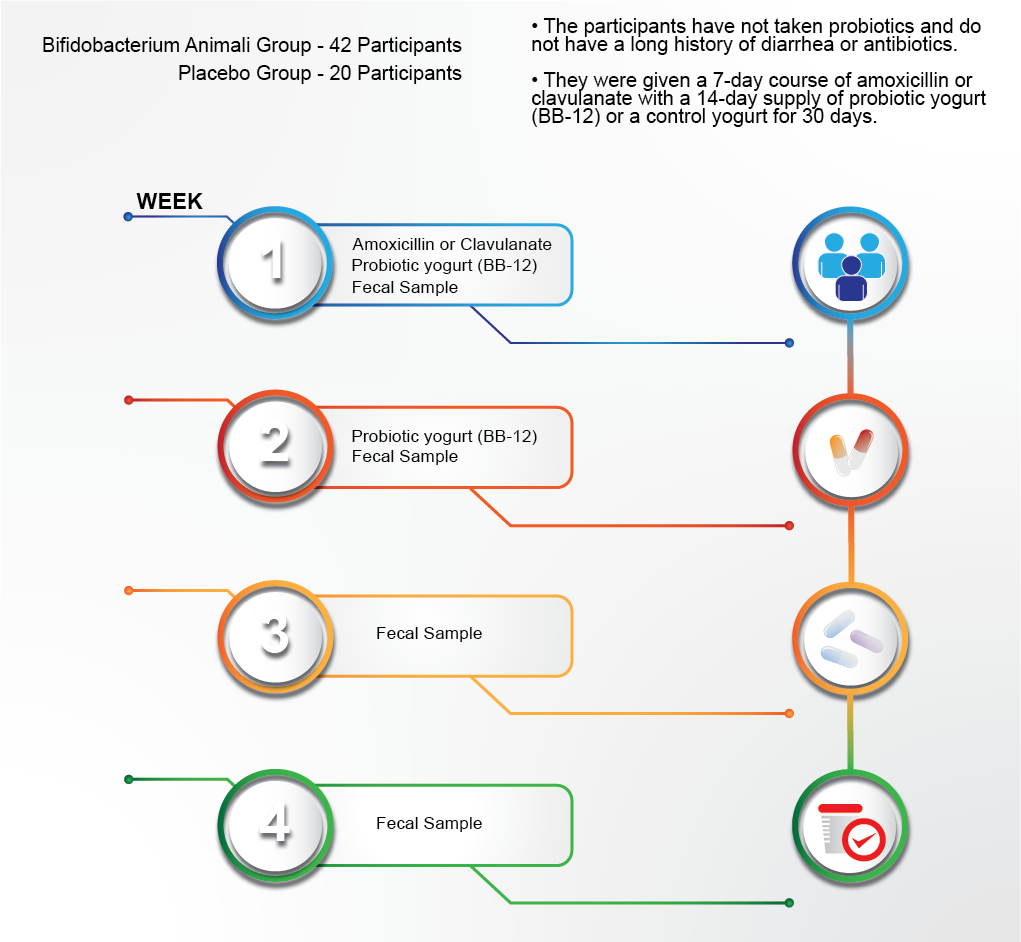 Results from the Probiotic Test on Antibiotic Diarrhea

However, for the Bifidobacterium Animali group, the decrease in acetate was no greater than 15%.

By day 7, 42% of the control participants had at least one day of loose stools compared to 26% in the BB-12 group.

Our studies showed that: 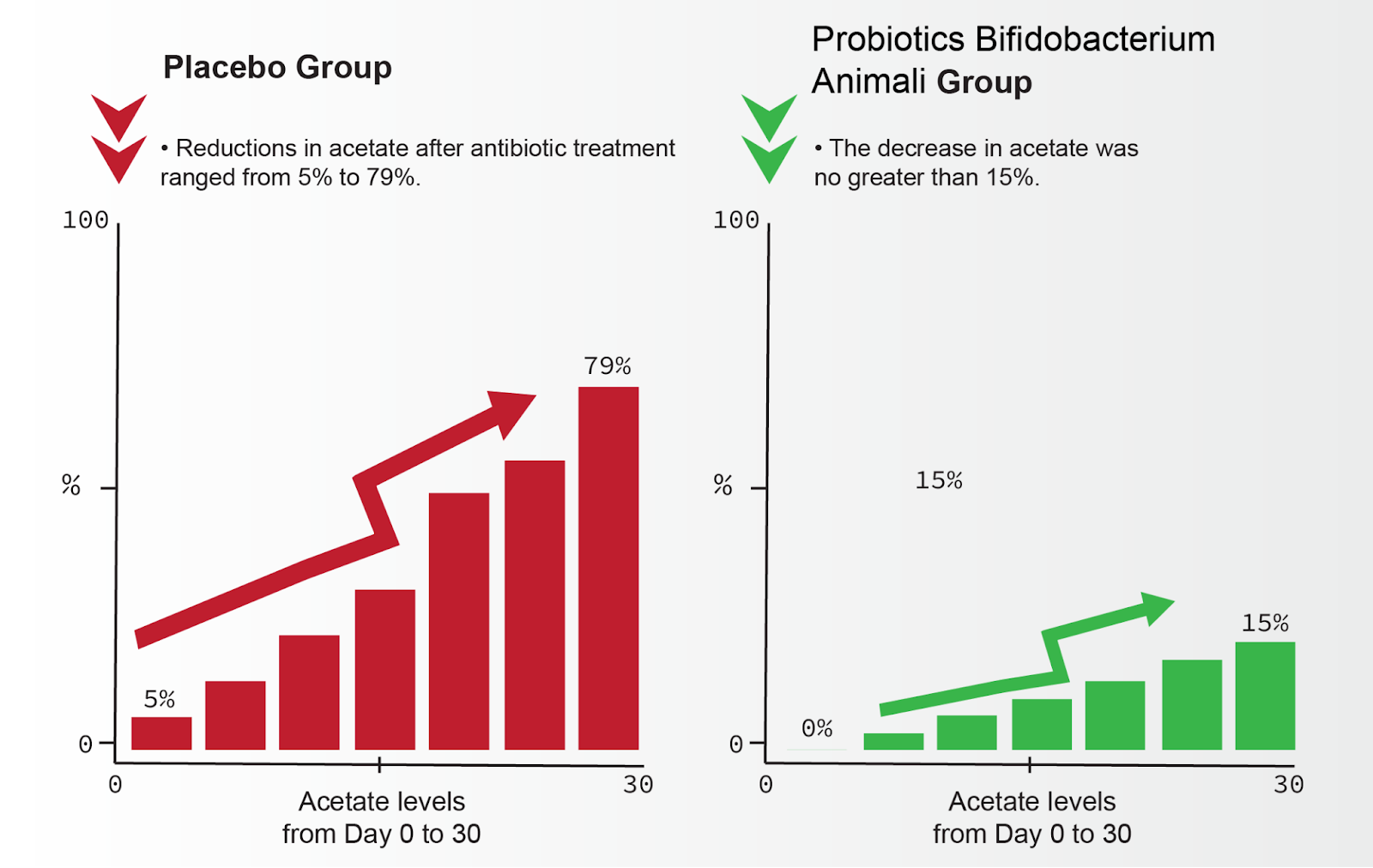 Acetate produced by Bifidobacterium Animali could contribute to maintaining gut homeostasis. This would happen by cross-feeding certain commensals such as Clostridium, Eubacterium, and Roseburia genera members, which use acetate to produce butyrate.

The Conclusion on How Probiotics may Help Against Antibiotic Diarrhea

This study looked at how antibiotics affect the gut microbiota, and those antibiotics reduced the levels of SCFAs in people’s feces, but Bifidobacterium Animali helped protect against this change.

How Probiotic Yogurt Can Prevent Diarrhea in Children on Antibiotics