The Effect of Commensal Microbiota Decline on the Body

Inside our bodies is a wide range of microorganisms, collectively referred to as commensal microbiota, that decline in critically ill patients. This condition can lead to infections and multiple organ dysfunction syndrome.

The Health Advantages of Probiotics

As a preventive measure, several reports point to the use of probiotics and synbiotics in sepsis patients.

Probiotics like the popular Lactobacillus and Bifidobacterium are living microorganisms that provide health benefits when taken in the right amounts. They have been shown to reduce cancer risk, resist infection, and regulate the immune system. Prebiotics are nondigestible food ingredients that stimulate the growth of good bacteria in the colon. Synbiotics contain both probiotics and prebiotics.

The study aims to find out whether synbiotics have positive effects on gut microbiota and reduce complications in mechanically ventilated patients with sepsis.

The Study Method on Synbiotics for Mechanically Ventilated Patients with Sepsis

This study which was done in 28 days, includes 72 sepsis patients who were placed on a ventilator within three days after admission to the ICU. The patients were randomly assigned into two groups: 35 received synbiotics, 37 did not.

Three grams of Yakult BL Seichoyaku containing the probiotics Bifidobacterium breve and Lactobacillus casei and ten grams of the prebiotic galactooligosaccharides were administered daily as synbiotic therapy to the Synbiotics group. These were given within three days after admission together with enteral nutrition through a nasogastric tube and were continued until oral administration was possible.

Body temperature was monitored continuously. Chest x-rays, laboratory tests, and computed tomography scans were done for those suspected with infections like enteritis, and ventilator-associated pneumonia (VAP). If infections occurred, patients were treated with intravenous antibiotics.

The findings show that incidences of both enteritis and VAP were significantly lower in the Synbiotics group. 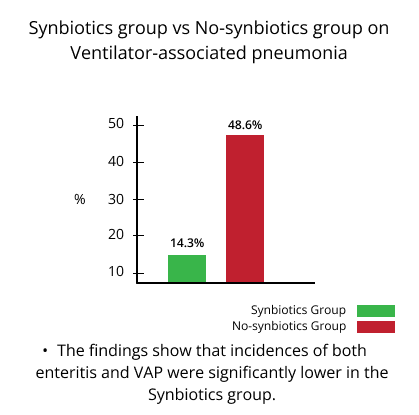 Stool analysis reveals that the number of Bifidobacterium and Lactobacillus was higher in the group that took Synbiotics. Total organic acid concentration, especially the amounts of acetate, were significantly greater in the Synbiotics group. 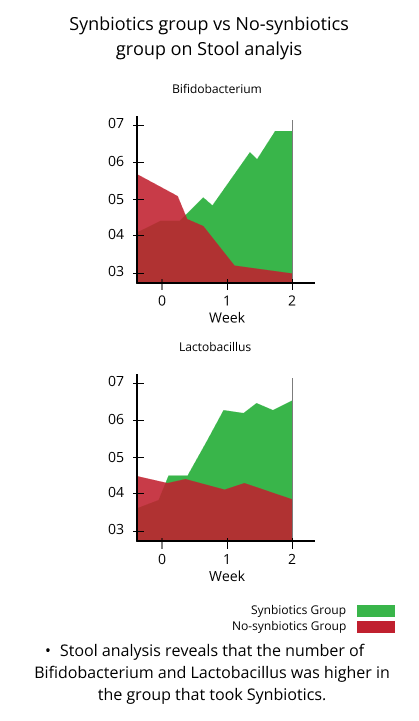 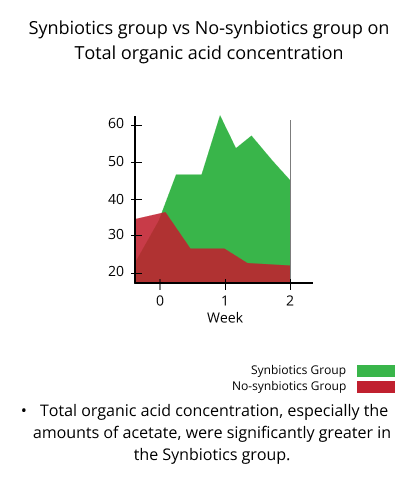 The administration of synbiotics increased good bacteria and short-chain fatty acids, which the cells use as energy sources. The beneficial changes of gut microbiota and environment may decrease the incidence of enteritis and VAP in patients with sepsis.